I am so lucky to have a husband that is so supportive and encouraging that he let's me do stuff like this....

Us ladies had a really fun night driving into Prince George together to eat, visit, and go to the Twilight movie! There really aren't a lot of things that can top a night with food, good friends, and a teenage/vampire/werewolf/ blockbuster. We missed having Jana, Monica and Romaine there with us but don't worry, we'll see it again in a couple of weeks when it comes to Vanderhoof and they had better be there!!! :) I mean, we have to be able to wear our t-shirts more than once right? That's right, Kelli and Kara were spot on about this post from a few days ago. Your prizes are as follows: Kara, I give you the guarantee that you will have your baby before Christmas!!! and Kelli, you get the big prize... if you e-mail me your address I will make a personal, one of a kind Twilight t-shirt for you!!! WAHOOOOO!!!!!

We thought it would be fun to go all out for the premiere so we went with Twilight themed t-shirts! Mike and I designed some fun ones and used iron on materials to create the finished products. I like them all and had a blast picking colors, designs, fonts, and everything else. Take a look and let me know which one is your favorite! 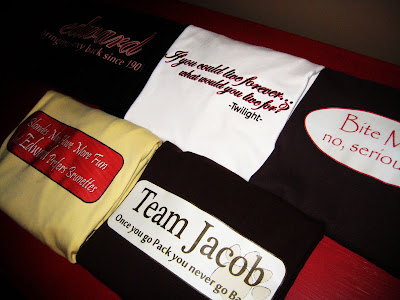 (some of the finished shirts, waiting to be picked up by the ladies!) 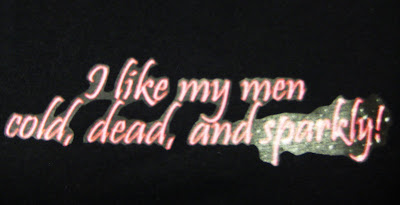 (Becky's shirt. It looked a lot better in person. The flash on my camera wasn't working well with the shine of the iron on :( ) 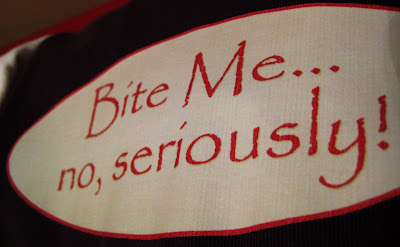 (Debbie's shirt. I think this one looked the best aesthetically.) 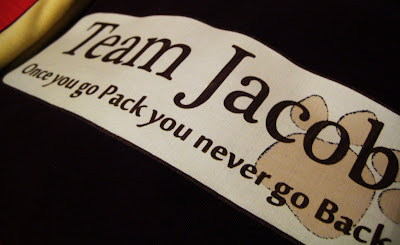 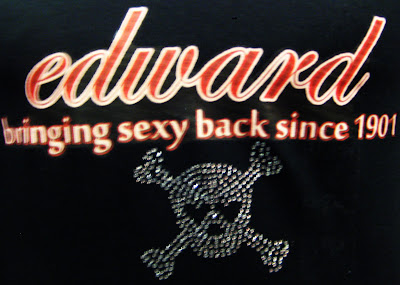 (This was my shirt!)

(This was Jana's shirt. I think it's my favorite. The 'EDWARD' was actually on the t-shirt in little 'bedazzled' letters that were ironed on after the rest of the design. I just added the white 'EDWARD' to the Photoshop design so I could be sure it would look good together. I didn't get a picture of the finished product. I had planned on getting some photos at the movie and sadly, Jana spent the evening in the E.R. instead of at the movie with us:( )

(Becky, Moi, Diane, Debbie and Rochelle. Ruby didn't make it into this picture :( )

And of course we had to get a picture just outside of the theatre with all of us in our 'fan'pire paraphernalia. 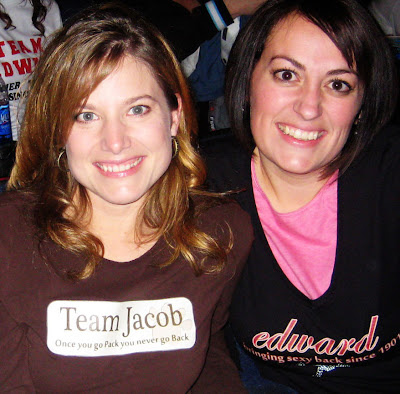 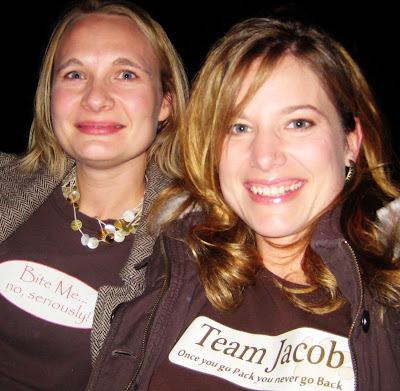 Diane and Debbie
(While viewing my photos, I noticed that I had a lot of pictures with Diane in them. It must of been because she just looked so cute in her Jacob shirt and fir trimmed coat and boots!) 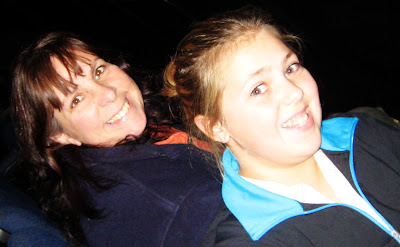 (Another Aunt, (Eva) and cousin Kalene) 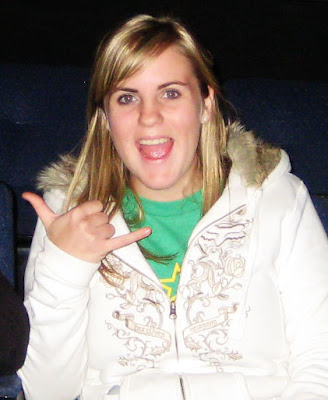 The theatre was packed and when we picked up our tickets the ticket guy said that Twilight had broken the record for their entire company chain, for most sold tickets on opening night.... EVER! I think they really underestimated how many tickets would sell because they opened another theater at the last minute to fit more people in! When we came out of the theatre there were huge lines everywhere in the lobby, just waiting to see the next showing. It reminded me of Utah :).

It was a super fun night and I'm excited to go see the movie again. Not because it was THAT good (although it was okay... about what I expected it to be), but because hopefully we can have those that didn't get to see it with us come too. And frankly, I'm just excited for another girls night out!!!

Thanks again for watching the kids honey. But don't worry, I'll be happy to watch the kids next weekend when you sport your shades and Poker face for guys night!
Posted by Karli at 10:12 PM

I have not been much of a blogger as of late. I am really busy trying to get ready for Christmas, so blogging is on the back burner. Thank you for your sweet e-mail - it made me cry! It was so kind of you to say all those nice things. Thank you again!

I love the t-shirts! I especially like the "Edward prefers brunettes" (LOVE IT!) And I hear you've got a hot new bod you need to show off! Don't you love it when moms chat about us behind our backs. Anyway looks like you had a great time!

I love the t-shirts! I especially like the "Edward prefers brunettes" (LOVE IT!) And I hear you've got a hot new bod you need to show off! Don't you love it when moms chat about us behind our backs. Anyway looks like you had a great time!

FUN! Girls nights are the best!

Love the shirts....hated the movie. I couldn't stop staring at Edward's Cover Girl #33 red lipstick the whole time. Very low budget but what do you expect....a girl made it! Just kidding.

How about the perennial favorite "Vampires Suck."

Or my personal one after seeing the movie would be "Only an actor THIS bad could make a 100-year old vampire seem even more awkward than a lovestruck teenager." Or, "Only a REALLY REALLY bad author could screw up vampires THIS much."

I saw the movie, and it was REALLY lame. But it was FULL of potentially hilarious T-shirt ideas.

Hey Karli,
I'm glad that I am FINALLY checking out your blogs and I'm really wishing I was in that group picture just outside the theatre there, ugghh. Next time for sure in Vanderhoof, gotta have my shirt in there. See you around.
Rubie