I have been meaning to post this since Walker's birthday on June 23rd. I know, I'm a little behind. I do have an excuse however. All of our photos since we've been married are on our family laptop. Said laptop crashed the beginning of May and we weren't able to access any of our photos. Bummer. Some good came out of the crash though. For instance... I got a new laptop just for me. (Thanks honey!) Mike finally got the parts in the mail to fix the other computer and we're back in business! So, without further ado... 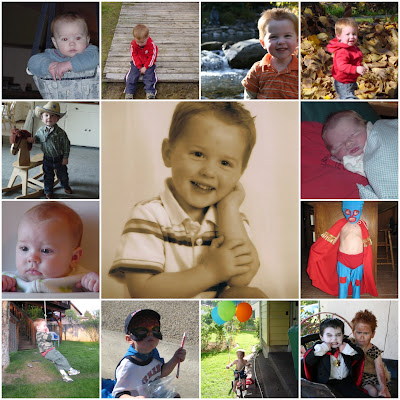 And a few photos from his birthday party: 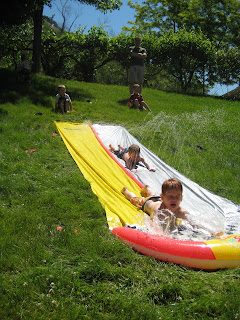 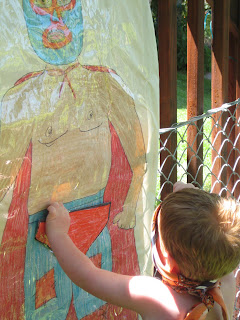 We played 'Pin the Ginch on the Nacho' 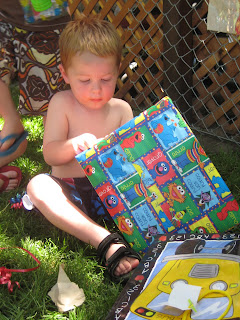 Walker got to open presents 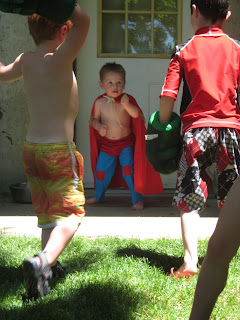 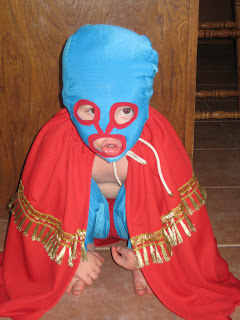 "Eagle powers come to me, PLEASE!" 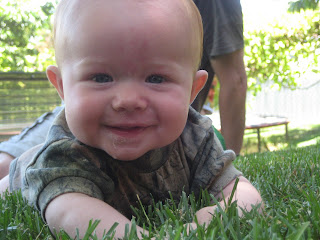 Even Luke had a great time!
Posted by Karli at 8:44 AM 5 comments: Links to this post

The summer before Porter was born, when I was excitedly fixing up a nursery, I found a really cool changing table at a garage sale. I fell in love with it instantly. The price was right and it had a super cool vintage feel to it. The only thing I didn't love was the color. It was a minty green with really small brown paint spots on it. I really like to paint and fix things up so I bought it thinking I could give it a quick paint job. Of course, being pregnant, working, and trying not to gain a million pounds (unsuccessfully:>) didn't allow for a lot of 'crafty' time. By the time I had Walker I was able to get the changing table painted. I really wanted to do something red but the floor in their room was pink and we couldn't afford to change it so instead I went with a baby blue color on the table. I liked it. I didn't love it, but I liked it. Well, this week, with renewed energy and only five years after the initial purchase I have finished it the way I wanted from the beginning. 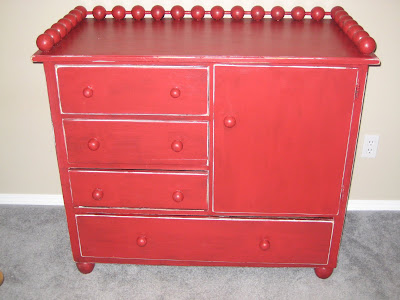 What do you think?
Posted by Karli at 8:17 AM 4 comments: Links to this post

Just Because It's Funny!

Happy Birthday Diana...from all of us!!!

I took this video last week. I was getting dinner ready after a busy day of playing for the boys. We got some things done around the house then went out to my sister Jana's house. The boys love it there because they get to play on her playground equipment and pick raspberries and wrap them in lettuce (their new favorite thing to eat. They came up with it, not me!). They also play Star Wars with their cousins, dress up in costumes, play with Stella and Oscar and, most fun of all, run around with each other just having a great time!

Anyway, after a hard day of doing all of the above we came home and while I got dinner ready Walker sat at the table trying his hardest to stay awake. His head was bobbing and his eyes were sagging. It was kinda mean of me to just stand there and get it on camera but I thought it was pretty cute! The very next night the same thing happened but I didn't have my camera near-by so I wasn't able to catch that one.

I guess maybe they are going to have to get used to this play all day and into the night thing since it stays light here until about ten o'clock. Hopefully we can squeeze some naps in now and then because this is just sad!

Posted by Karli at 9:01 PM 6 comments: Links to this post