Well I finally did it.  I made my first quilt... and can I just say that I really enjoyed it!  For years I thought my sister Jana was crazy for liking quilting so much but now I see just how wrong I was!  When I was in Utah over the winter break I found some great charm packs that were selling for cheap-o.  They were a Christmas theme and it was the week before Christmas so the price was right!  I had nothing in particular in mind when I purchased them but after I got them home I knew I wanted to make a twin size quilt and I wanted it to have a lot of white in it, I just love that look for some reason.  Anyway, long story short... this is what the final product looks like. 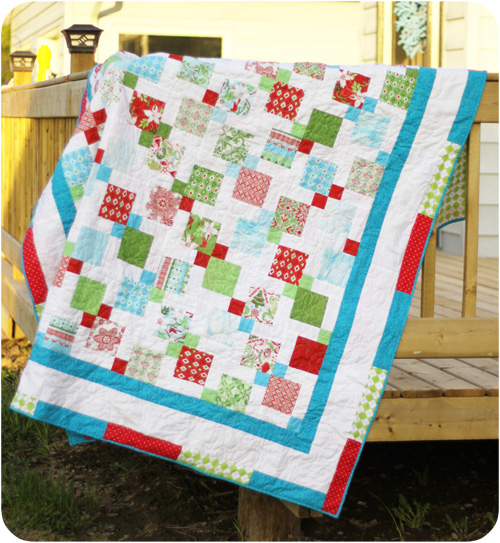 And I'll just apologize right now for the picture overload.  As you can see, I'm pretty proud of myself. :) 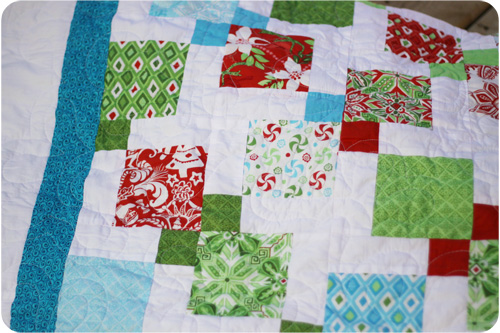 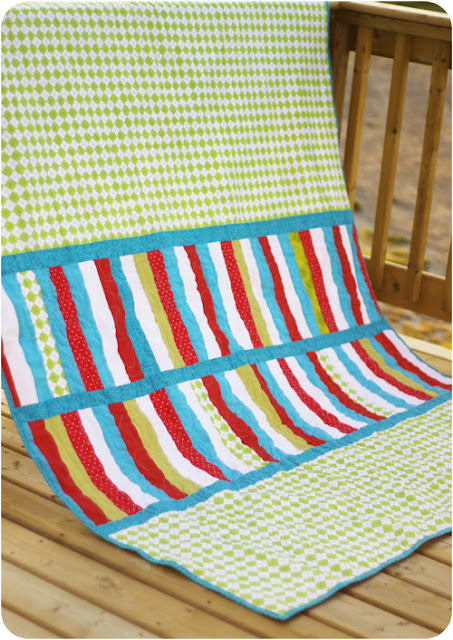 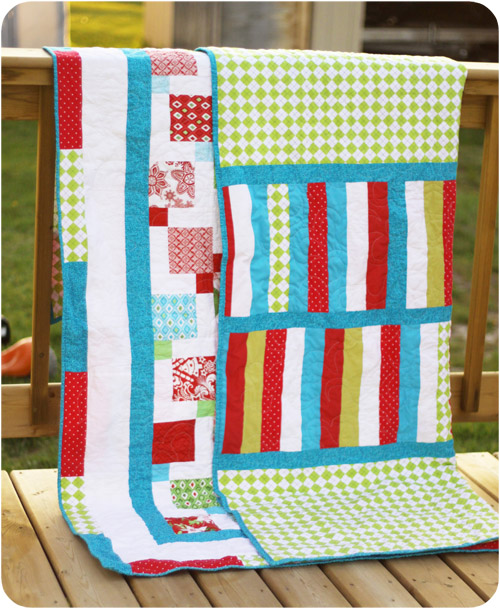 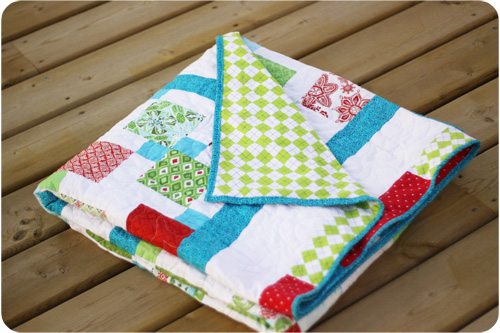 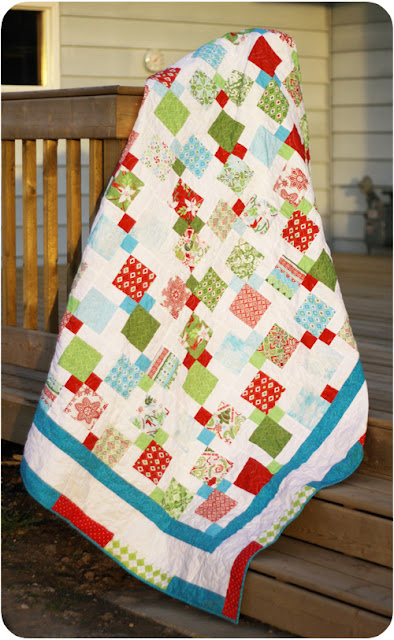 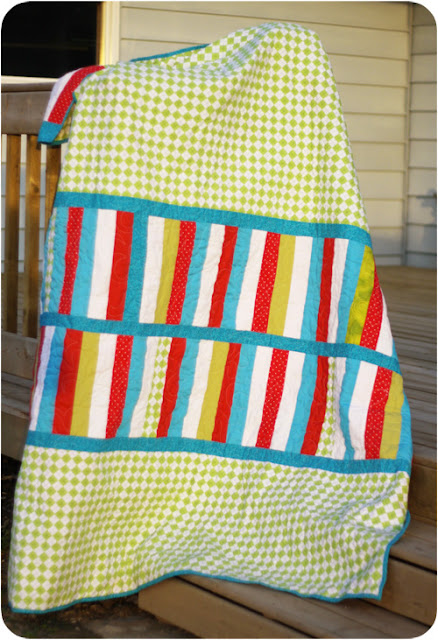 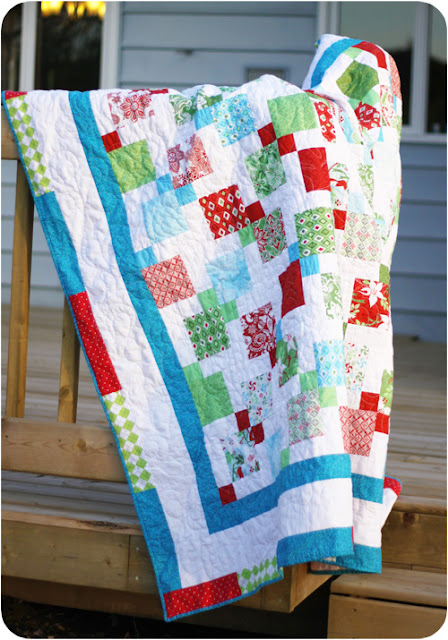 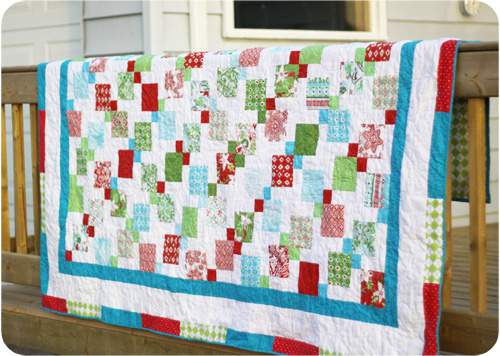 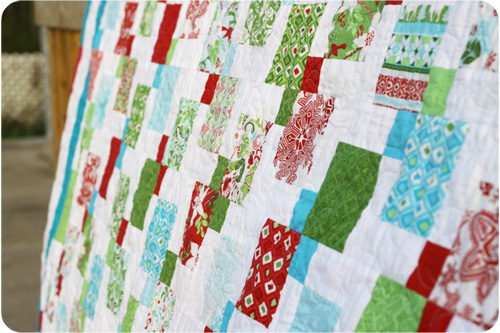 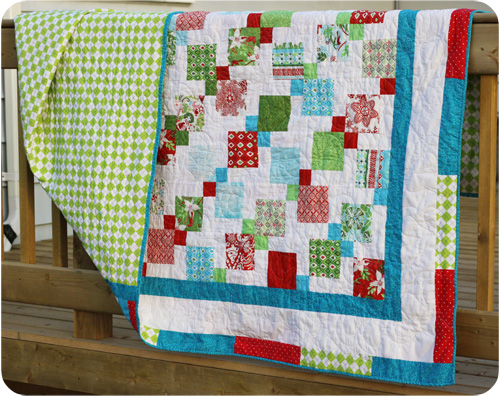 I'm proud to say that I did this quilt all by my lonesome from start to finish (well, with the exception of Jana helping pick back and binding fabric to match and my awesome friend Lesley who machine quilted the whole thing).  The binding was a intimidating experience but I pulled through and have a few ideas to make it a little easier on myself next time.

I learned a lot during this process and I'm excited to get going on my next project... a new blanket for Luke.  He has a long list of demands so I'd better get cracking!
Posted by Karli at 10:22 PM 6 comments: Links to this post

It's that time of year again!  Shin guards are strapped on... cleats are shined and ready to go... smiles are plentiful... and the weather is getting warmer!  It's a whopping 11*C today.  Still pretty darn cold but warm enough to start soccer season!

It's Luke's first year and he's pretty sure he know everything about the sport already.  I guess he's watched his older brothers play for a few seasons and he very familiar with the Real Salt Lake games, thanks to his dad.  He did great at his first practice! 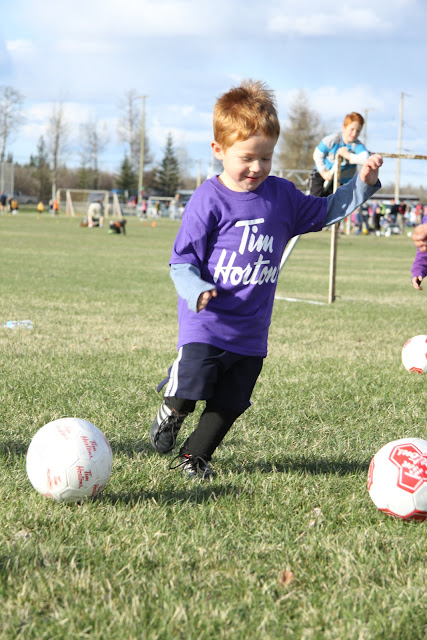 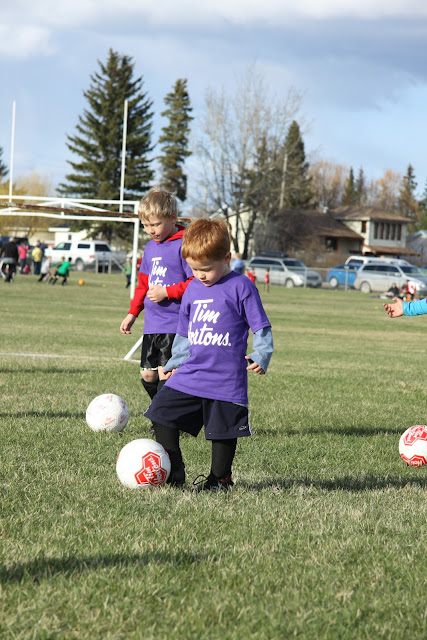 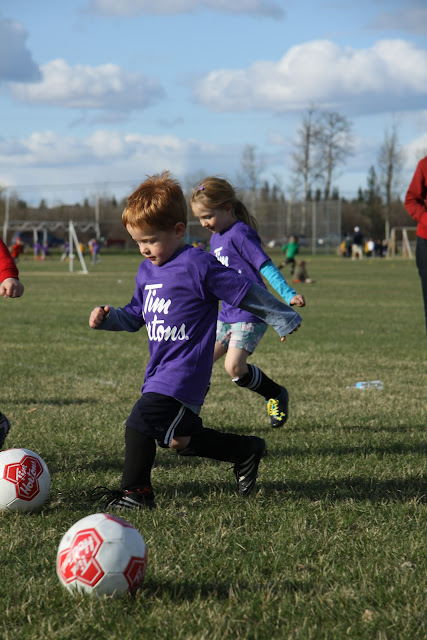 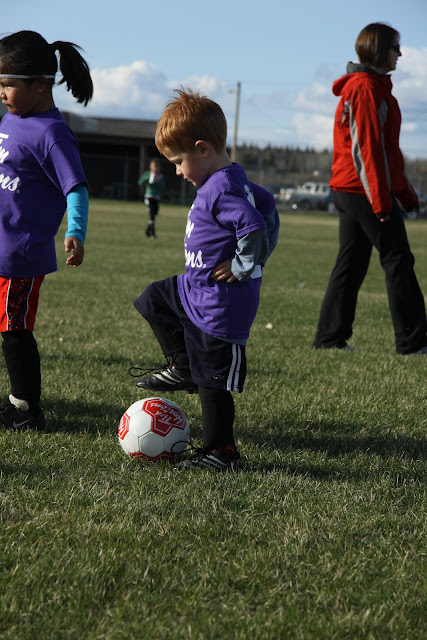 Walker might just know too much.  He spent his practice telling the other kids what they were doing wrong.  We are going to have to work on that.  But he's super excited to start up again too. 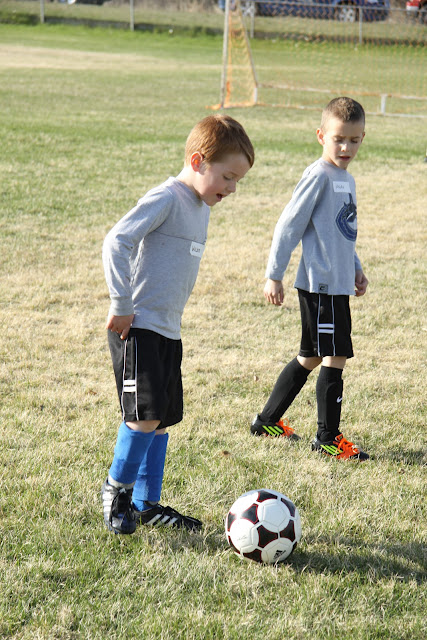 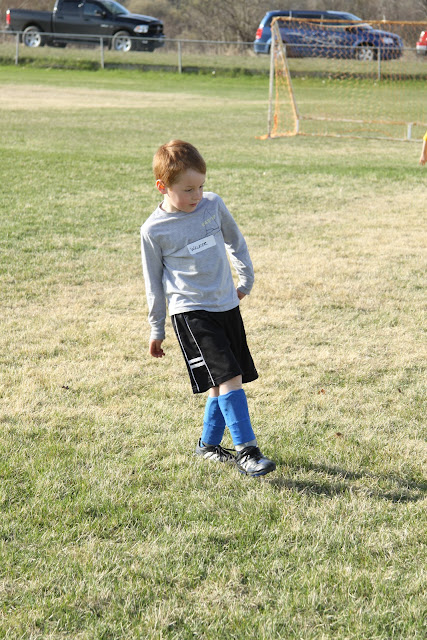 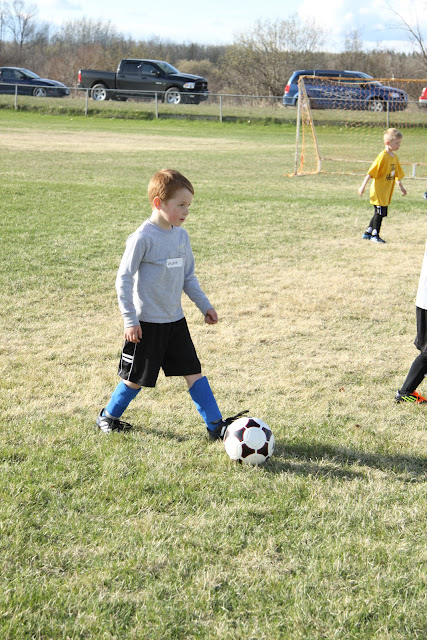 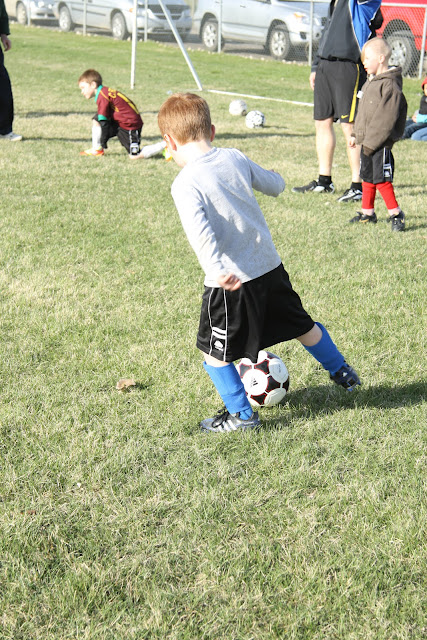 Porter is playing again this year as well.  Mike is his coach and I think they are going to have a great season.  I didn't get any photos of Porter at his first practice though.  He decided to attend the bike rodeo at Cubs instead.  It was the last day of cubs until next fall so he chose that over soccer.  I'll try to get some photos on Thursday at his first game.

I'm hoping the weather stays warm for us.  Soccer season usually means cold, windy practices and games and miserable fans getting soaked.  Maybe this year will be different!  hahahah....  I crack myself up! :)
Posted by Karli at 1:45 PM 1 comment: Links to this post