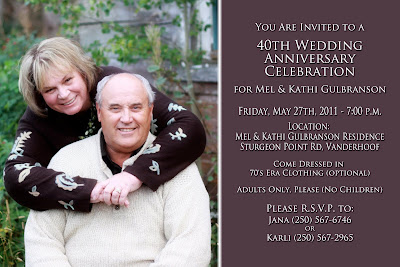 My awesome parents celebrated their 40th wedding anniversary this year and to honor them we decided to throw a surprise party!!!

I have a lot of love and respect for my parents. They both had somewhat difficult childhoods and yet are wonderful people. They've always been there for us. They raised nine children and in my opinion my brothers and sisters are pretty awesome people so they did a good job.

When my parents were married they had almost nothing. Literally.

The day they were supposed to leave to get married my dad showed up a couple of hours late because he was selling some pork he had just butchered. He had to butcher the pigs to get enough money to pay for their way to the wedding and he only just made it. My mom was starting to think he wasn't going to show.

When they got to the temple to be married, the temple mis-place my moms wedding dress and she had to borrow one of theirs. The funny thing is is she was happy about that because their dress was a lot nicer than the one she had.

They didn't have a cake for their reception and when a friend found out she ran home and made them one. The cake was still warm though and toppled to the ground before they ever had a chance to cut it.

Because they had no money, they had to have the reception at an old, abandoned hall. It doesn't look any better today than it did then!

The windows are still boarded up. :)

After they were married they moved into an old, one room cabin. No running water and no bathroom (they used an out house) .

And now, some photos from the festivities...

Walker cracks me up! Love that kid!

Kyle and Mindy and their family. 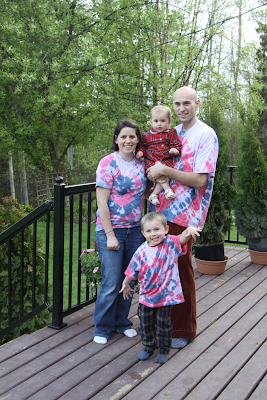 Danawn Schuman and her parents, the Rice's. They were all at the original wedding reception. 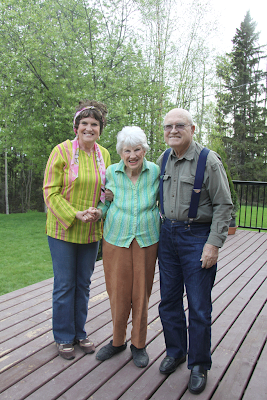 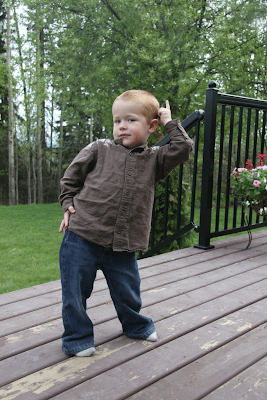 Jana and Jared emcee'd the event. 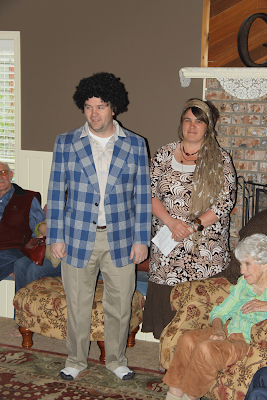 An original photo. Again, with the streamers.

We had a table for each of them and they were decorated with things that they loved and passions they have. That picture of a little girl down there in the frame is my mom when she was quite young. It was the cover of The Friend one year. Only it wasn't called The Friend back then, it was called .... I can't remember. Oops!

Again, Walker with the poses. 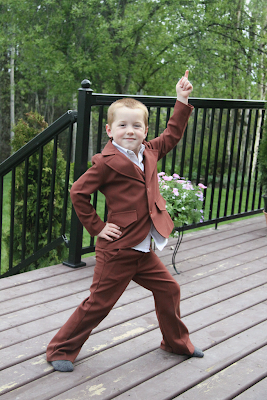 And finally they get a chance to cut a wedding cake. It only took 40 years!

The day they were married in the Cardston, Alberta temple.

Mom's table. That's a better picture of the cover of... The Improvement Era... That's what it was called! 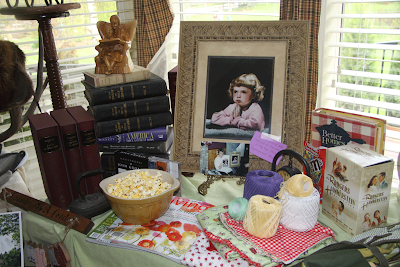 Jand and Russell got groovy for the camera. 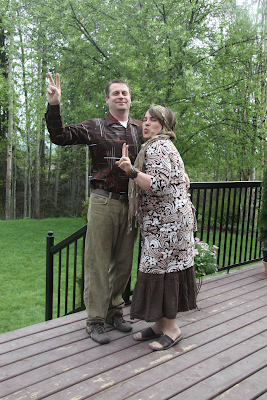 Landry even got in the dress-up mood. 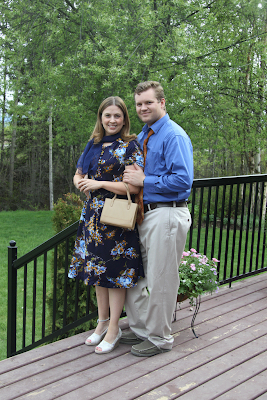 McKay, that is an awesome head of hair!

Jared was so happy that night... was it the full head of hair? :) 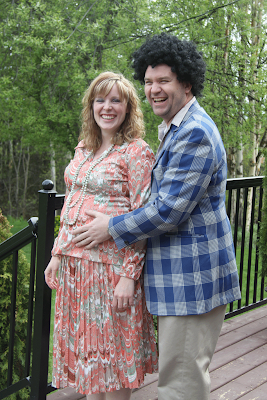 Caleb really got in to the spirit of things. 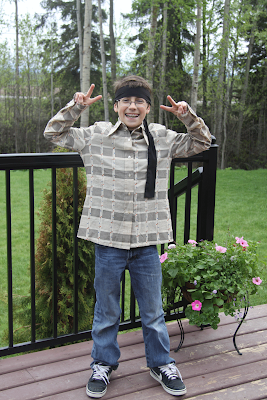 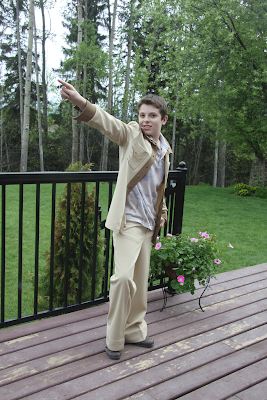 That is a very sporty bow tie Bridger. 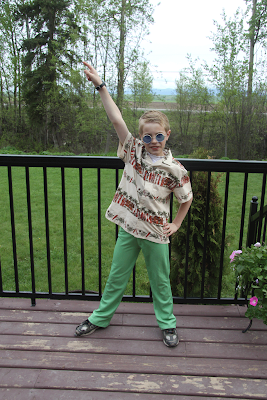 Emma was quite groovy.

It was a really fun night and I hope be here when we celebrate the next 40 with them!
Posted by Karli at 5:43 PM

that is the neatest thing that you did for your mom & dad. i loved hearing all those details of their wedding and first years together. what a special couple! who also had some pretty special kids! :)

Thank you so much for sharing all of the cool photos and details of the party. Wish we could have been up there to celebrate! I learned some new things about your folks I didn't know. You have an amazing family. I think the surprise party idea is awesome. Happy Anniversary Mel and Kathi! Here's to forty more!!

What a GROOVY party. What a special family!

Happy Happy Anniversary to your parents!

P.S. We had streamers at our wedding reception too. lol. We left the decorating up to our parents and that is what they came up with. ; D